Your Dentist Explores the Effectiveness of Oil Pulling 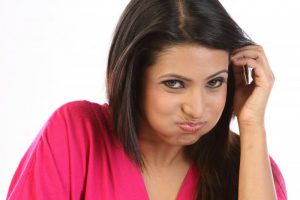 According to the latest oral health trends, oil pulling is gaining steam as an effective method of removing bacteria, fighting bad breath, and even whitening your teeth. Also referred to as “swishing,” oil pulling has many people questioning its effectiveness compared to traditional methods. The biggest concern you should have is whether or not your dentist thinks it’s effective.

To answer this, we’ll be explaining what oil pulling is, how it works, and how effective it really is compared to traditional oral habits. The last thing you’ll want to do is buy a bunch of oil for nothing.

What is Oil Pulling?

The process entails taking a spoonful of either vegetable oil or coconut oil, swishing it inside the mouth for at least 20 minutes, and spitting out. Afterwards, you remove any excess oil away with a toothbrush and toothpaste. The term “oil pulling” comes from the process of pushing and pulling the oil inside your mouth as well as the way it’s intended to “pull” stains and bacteria out of it.

Swishing can be done whenever and as many times as desired, but your face muscles may become tired from exertion. Only a small amount of oil should be used, and none should ever be swallowed. Swishing may also be difficult for those with a sensitive gag reflex, so remember this if you decide to purchase in bulk.

How Does Oil Pulling Work?

The science behind oil pulling is pretty straightforward. Since bacteria have a fatty outer coating, they can stick to other fatty compounds. This is where oil comes into play. By swishing oil in your mouth for long period of time, it’s believed to stick the bacteria that your toothbrush would normally miss.

Another part of the science behind oil pulling is its polarity. Oils are classified as non-polar liquids, meaning it will not blend with polar liquids. Brushing doesn’t typically remove the non-polar gunk in your mouth, so oil is meant to fulfill that purpose by dissolving and flushing non-polar bacteria out.

Is Oil Pulling Effective at Doing What It Claims?

While it could be considered a healthy oral practice, there’s very little research proving how effective the benefits really are. Oil pulling may improve bad breath, decrease staining, and help dislodge bacteria when used in conjunction with brushing and flossing, but there’s no way to confirm that using a mouth rinse or even water is any less effective.

Furthermore, oil pulling is in no way effective at keeping your mouth healthy alone. The only way to maintain your oral health is by brushing twice a day with fluoridated toothpaste, flossing once a day, and visiting your dentist twice a year.  There’s no evidence that oil pulling does anything to remove plaque and tartar nor fight already existing tooth decay.

Dr. Dennis J. Horvath studied at Ohio State University before completing his general practice residency at the Medical College of Ohio at Toledo. His experience includes working as part of the hospital staff at Lake East, 10 years as a dental provider for the Deepwood Dental Clinic, and spending many hours practicing at nursing homes in the area. To contact his practice, call him at (440) 354-2183 or visit his website.

Comments Off on Your Dentist Explores the Effectiveness of Oil Pulling

Sorry, the comment form is closed at this time.